because there is a multifaceted story to tell. 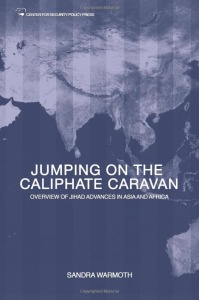 Disciples of Islam’s founder and preeminent jihadist, Muhammad, are making significant advances in their ambitious projects in Asia and Africa to revive a caliphate with the shared objectives of spanning the globe and catalyzing apocalyptic End Time events per Islamic texts to cause the downfall of non-Muslim societies and make way for an Islamic New World Order. 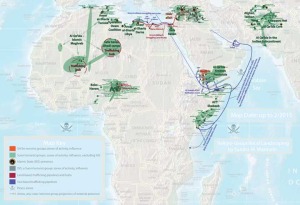 Questionable alliances and lack of international resolve due to incompatible norms and values among key stakeholders has given space for this threat to metastasize, such that it poses a clear and present danger particularly to the survival of non-Muslim communities in these fragile regions; and thus calls for a clear-eyed, comprehensive counter-terrorism strategy designed to preserve the Judeo-Christian heritage, and to protect the interests of Western societies and other civilized societies that uphold the rule of law, respect state sovereignty, promote liberty, and champion human rights. 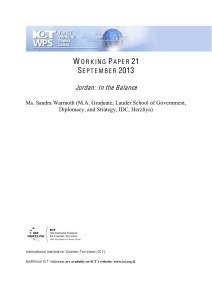 This monograph explores the impact that Syria’s civil war spillover and other local pressures are having on Jordan’s stability, particularly in the areas of state capacity, legitimacy, and security.  These critical areas have a bearing on the already fragile kingdom’s functionality, which, in turn, has an affect on regional stability. 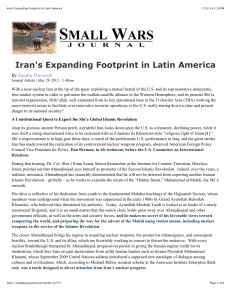 How much of a threat is Iran to the United States from Latin America?  This article, part of a larger research paper on Shi’a Islamist projection in Latin America, explores Iran’s expanding soft power in the region: criminalizing state and armed non-state actors Iran’s leaders are allying with, their joint illicit activities, and the potential ramifications to regional and global security. 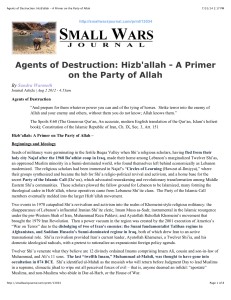