are enemies of sound judgment. 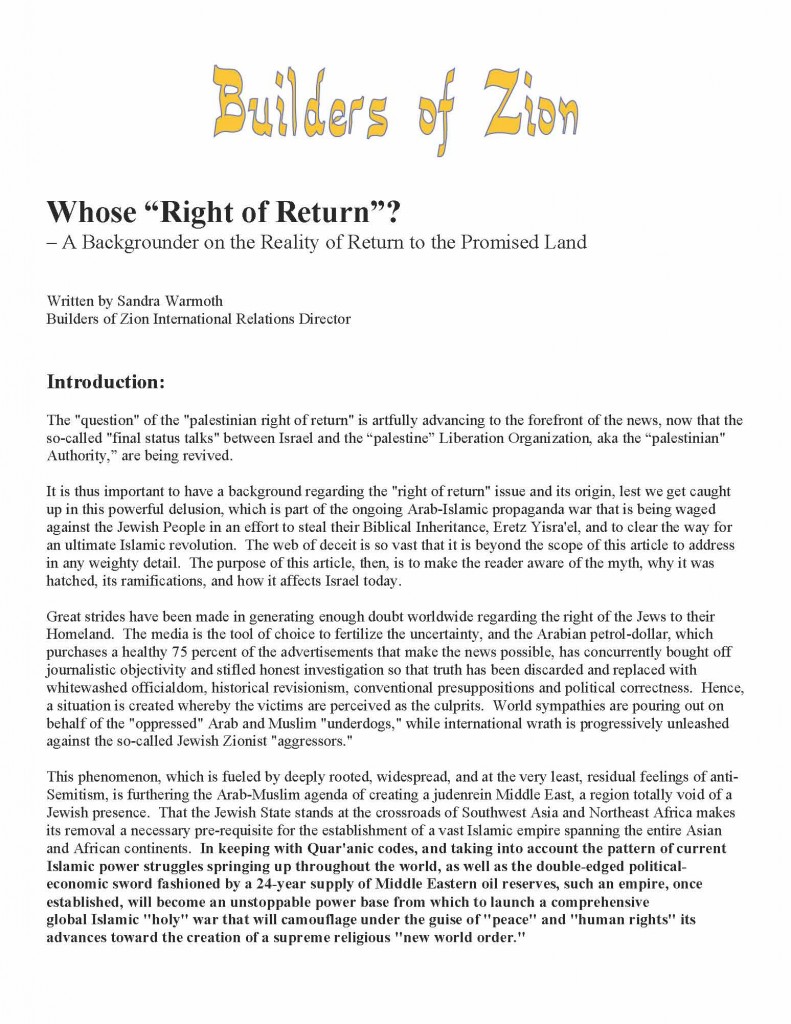 “Whose ‘Right of Return’ ?” backgrounder

This backgrounder, written in 2000, explores the underreported right of the Jews to their one and only homeland.  It debunks several powerful myths, and it surveys endeavors by the Arab-Muslim bloc to usurp the Jews from their ancient ancestral homeland.  The article illuminates how the Arab-Israeli conflict has been going on well before the reconstitution of Israel in 1945, and it addresses deliberately distorted official British and United Nations (UN) records pertaining to relevant Arab population counts, as well as other UN fabrications.

This counter-daw’ah, written in 2011, has been extended to Muslims as an alternative to the unsustainable path the ummah is on under the Islamic banner. Islam’s prophet, Muhammad, approved the Holy Bible as a way to gain legitimacy among Arab tribes.  In the interest of self-improvement, an important Islamic principle, Muslims are urged to read the Bible – both the Hebrew and the Greek Scriptures – for themselves.