a deliberate distortion of facts.

Turnspeak is the overt or covert cynical distortion of information reported as facts.  It is pervasive and is practiced by gatekeepers in charge of the information that we process internally on a daily basis.

Petrol-dollars provide a major portion of advertising revenue for media outlets.  This often results in honest reporting taking a back seat to sacred cows that are tied to such monies. Consequently, perversion of facts are fed to an unsuspecting public.  Most people neither take the time to examine the particulars nor to check the veracity of the material that they ingest.

This is dangerous because there is a vast amount of historical revisionism taking place today that is coupled with an upswing of turnspeak, which is resulting in a deliberate dumbing down of, and manipulation of, whole societies for sinister purposes.

Daniella Weiss Roundtable Discussion from Builders of Zion on Vimeo.

In the above “Zionists Series” video, I explore the headliner Hilltop Youth and settlement movement in Israel during a frank roundtable discussion with Hilltop Youth leader and “First Lady” of Judea and Samaria, Daniella Weiss and her husband Amnon; and fellow activists Mickey Bar-Neder, Avi Lipkin, Amit Halevi, and Nachman Zoldan.  My roundtable discussion brings to light Israel’s untold side of the Arab-Israeli conflict. 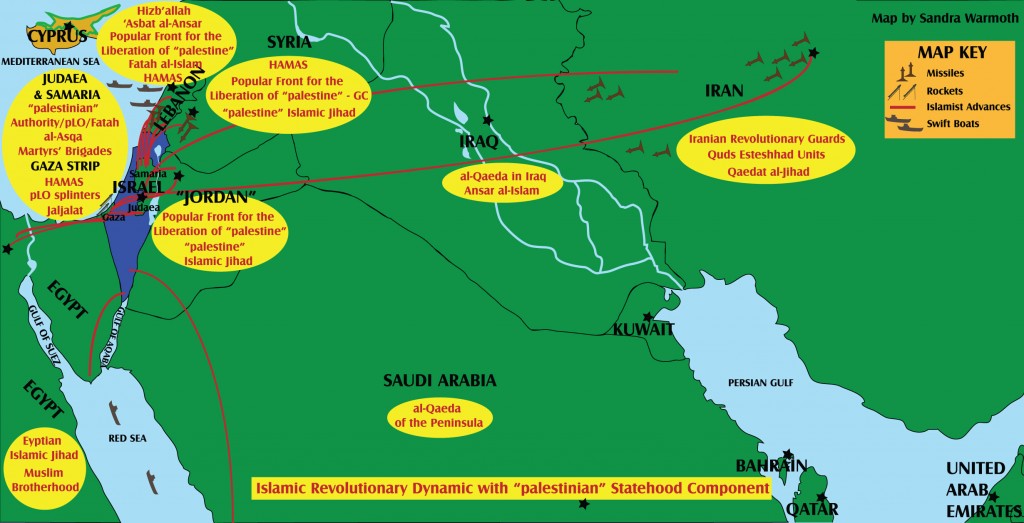 I have created maps and included background information in the video to enhance understanding of this complex issue.  This presentation demonstrates that the creation of a hostile Arab state, “palestine,” upon the Jewish ancestral heartland of Judea and Samaria, the so-called “west bank,” will usher in anything but peace.

Daniel Luria, Executive Director of the Jerusalem Reclamation Project, shares with me his organization’s goals and aspirations to redeem Israel’s capital, Jerusalem. This Zionist is at the forefront of the struggle for an undivided Jewish Jerusalem and the battle against Islamic hegemony in Israel.  This video contains concise, well-researched historical information to elevate viewer understanding of this important subject matter.